Interplay brings together five very diverse musical lives, all rooted in the ethos of jazz and all of whom have worked with many well-known artists over the years.  Founded by Adrian Litvinoff in 2007 in Leamington Spa Warwickshire, the band comprises an unusual range of musical understanding and experience, inspired by many jazz and many other cultural influences. 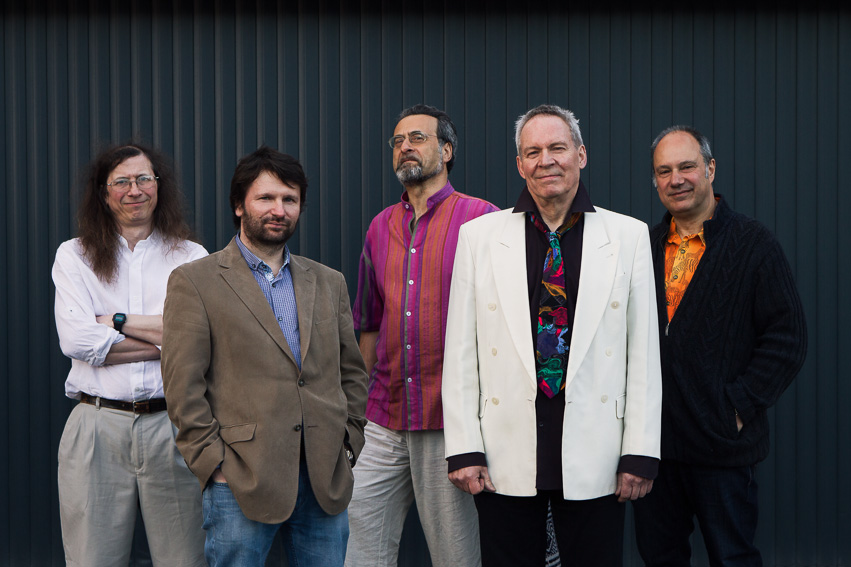 Interplay performs extensively across the Midlands and beyond in jazz venues and festivals. Our repertoire of original compositions, jazz classics and global grooves is constantly evolving, to the delight of repeat attenders. The band’s ability to reach out to all types of audiences through musical expression, enthusiasm and invention has resulted in them also appearing on several Community and Rural Touring Schemes. By communicating the creativity and enjoyment of jazz we can break down barriers without compromising the originality and musicality that makes Interplay distinctive.

Interplay’s second album ‘Global’ was released in the autumn of 2013. It gives greater emphasis to the band’s breadth of ability in different styles while staying true to the essence of their jazz sensibility. Gilles Peterson called it a ‘beautiful record’.

Chesterfield Jazz Club 2013
Interplay were great – melodious and funky at the same time.
Derbyshire, February 2010
The best night out we have ever had.