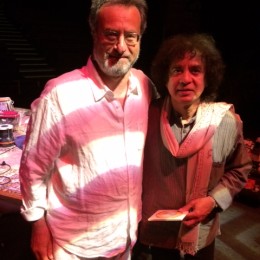 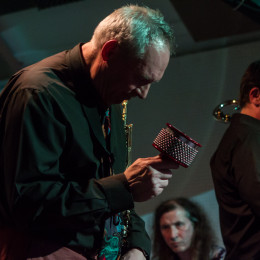 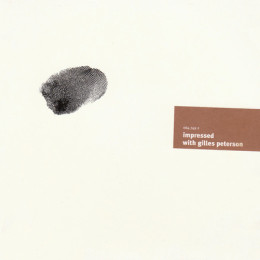 Alan Musson’s programme will be featuring Dave Balen and Adrian Litvinoff sharing their musical experiences and influences to tie in with the launch of the new album “Global”.  Alan will be playing some of the new CD and also some of the music that has inspired Dave and Adrian over the course of their musical lives.  Do tune in on Monday 21st October on 102.5 Fm The ‘Bridge- Stourbridge local radio. To listen online – go to... 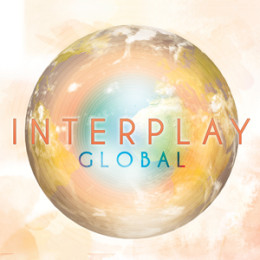 Dave Balen Sonnymoons at the 606

Dave on tabla at the 606 Interplay’s drummer Dave Balen found his London business trip took a surprising turn when he was asked to sit in with the legendary British bassist Peter Ind and friends at the 606 Club. Himself an old friend of Peter’s, Dave was delighted to be invited to take part in the gig, arranged as part of the 606’s impressive 25th anniversary celebrations. By pure co-incidence Dave was packing a new set of tablas he had just acquired! He was naturally eager to try them out and this provided a memorable opportunity. Club owner Steve Rubie was on flute, his brother Peter on guitar and someones else (unknown – apologies!) on oud.  Their rendition of  ‘Sonnymoon For Two’ was impromptu, fresh and eclectic – just the way  Dave likes it! This year Peter Ind celebrates his 85th birthday. His extraordinary career spans over 60 years, virtually concurrent with the whole evolution of modern and contemporary jazz. Among his musical associates are Lennie Tristano, Warne Marsh and Lee Konitz from the US, and Louis Stewart, Stephane Grappelli and Martin Taylor among the European notables. At times a recording engineer, record producer, club owner, painter and author, Peter’s work constitutes a substantial archive, and he clearly isn’t done yet! For more insight into this amazing musician visit Peter Ind....