Home > Jazz > Alan Wakeman – Back to the Wilderness

Alan Wakeman – Back to the Wilderness 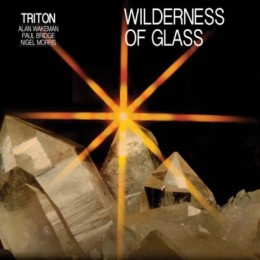 What a delight! Among my post-holiday junk mail and brown envelopes was a copy of Interplay saxophonist Alan Wakeman’s CD re-issue of his 1978 recording ‘Wilderness of Glass’. Triton, his power trio with Paul Bridge on double bass and Nigel Morris on drums, was a formidable free-wheeling unit that combined energy and excitement with a clarity of purpose and musical direction not always found in the free jazz movement. Having seen the band in the 1970s I was curious about how it would sound today. Would my youthful recollections be re-affirmed, or would my taste in jazz have changed, altering my ability to listen to it again after all this time?

I need not have worried! From the dramatic opening sounds the album moves swiftly through a huge range of dynamics and gestures that are both succinct and articulate.  Motifs and moods have time to develop without being over-indulged, and impressive instrumental technique remains secondary to musical objectives. A sense of focus pervades the album resting on the rapport and responsiveness of the three players. In fact I am probably better able to appreciate it now than I was back in the day, and to enjoy it all the more for all that. After all it can take time to learn how to listen!

Sadly Paul Bridge is no longer with us. He was a familiar and much-admired figure on the scene, so it is particularly good to hear him again here. I remember playing with Nigel Morris in Oxford many years ago – it was like being next to a hurricane! – and along with all his ferocity there was a musical warmth and curiosity that made it fun as well as challenging. So, good to hear him again as well.

But listening to this album again now is not about nostalgia.  It is about re-connecting with something exciting and strong, that had its origins many years ago but still retains its conviction, its potency and capacity to delight. Check it out!