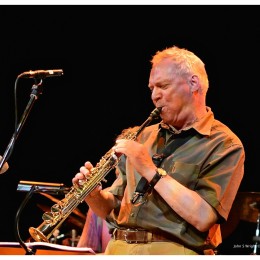 Some people may have heard that Alan Wakeman is off the scene at the moment. In fact he has been under par for quite some time, and in the summer was diagnosed with a significant heart problem.

Recently Alan had the surgical procedure he needed, and he is now convalescing.  He has been advised not to play the saxophone for at least three months, but in other respects he is hoping to be out and about within that time. We all wish him a full and steady recovery.

Please send Alan any messages via his Facebook page

In the circumstances we felt that Interplay should take a holiday until Alan is ready to gig again, which we hope will be not too far into 2017. At the very least we are planning something special for International Jazz Day 2017 at the end of April.

Thanks for your understanding.