Home > blog > Why I Too Love Libraries

Why I Too Love Libraries

This week Radio 6 Music is celebrating libraries, while indie band Everything Everything is hosting an arts festival in Manchester’s newly-refurbished Central Library.

So it seems the perfect time to say my piece about libraries and the debt I owe them.

At primary school aged 9 or 10 we were walked down the hill some 30 strong every week to the branch library in Keats Grove, where a kindly lady made us welcome and talked about the books and how they were arranged. Coming from a bookish family I was already a reader, and so the thing that really excited me was the catalogue.

It dominated the middle of the room; tier upon tier of wooden cabinets containing draw after draw of index cards, each pointing to a particular book, all in alphabetical order.  As I knew my alphabet I realised with a thrill that I could use it to look anything up in the catalogue and find whatever I wanted! Not only that, I would always be able to do this, because (I thought) libraries would always be here. I knew I had found a ‘skill for life’.

Saturdays became a regular day for visiting the library. On our little bikes my brother and I would peddle off to Arkwright Road, or to Swiss Cottage, to change our books and explore what was waiting for us on the shelves. It was a liberating and fulfilling experience. We each had our own library membership; my first autonomous official transactions were taking books out and returning them, occasionally paying a modest fine.

Leaving secondary school under a cloud (don’t ask!) I was fortunate to get a job in the record library at Swiss Cottage. What treasures! The first LPs I borrowed, Shelly Manne and His Men Live at the Blackhawk Vols 1 & 2, thrilled me with their vibrant, direct sound and the intensity of the band’s performance. I felt as if I was right there in the club in San Francisco! These albums became my touchstone for live jazz recordings, and live for me still.

I was able to explore everything from Duke Ellington to Cream, Albert Ayler to the Incredible String Band and more. The librarian there responded to my interest and we discussed music all the time. He even asked me to suggest what to buy for the collection, and for a while we were staunch supporters of the Impulse! label. I felt for once that my musical tastes were not just eccentric or perverse.

Spool forward thirty years. After working as a musician I spent time developing and running arts centres, and then in local authority arts management. I became involved with libraries as locations for live arts events and interactions with people outside the usual arts catchment. Somehow the relationship was difficult. I felt that the librarians were resisting opportunities to broaden their engagement with artists, much to their own cost as well as to that of their community, and of artists too.

So it was with delight as well as surprise that I found myself taking a management role in the public library service. Brought in as a ‘change agent’ I was part of a move to reinvigorate the service, expand its reach and demonstrate its capacity to meet wider social needs in post-recession 1990s Britain.

There was no mistaking the depth of the challenge: reductions in purchasing funds and staffing were endemic, while commercial concerns large and small were our competitors in providing access to books, films and music. A new opportunity lay ahead in the roll-out of access to computers and the internet – the People’s Network – but this allowed some to argue that the lending function of libraries was obsolete.

I looked after 7 small branches in a poorly-resourced rural area, which became 15 large and small libraries when I ‘acquired’ the adjacent towns, similarly deprived.  However the staff were for the most part incredibly committed, knew their communities well and were appreciated in return for their professional and personal contribution. Some had been in the same branch for many years – not entirely an advantage, but displaying a depth of connection with their catchment that could not be replicated. The qualified staff were sometimes over-occupied with procedures, but their knowledge and commitment was a resource to be valued and re-energised.

Despite all the changes in the business environment for libraries, I could see that their original role and purpose remained as vital as ever: to provide access for all members of the community to resources for learning, enrichment and social improvement. For many people this was as vital now as it had been when free public libraries were first established in the 19th century.

We helped readers of all ages to become more fluent and confident; assisted struggling families to access opportunities; provided a safe and welcoming space to be shared by all members of the community including the most vulnerable; were approachable and supportive when people needed help in dealing with bureaucracy; and offered a public space where the achievements of local people could be celebrated.

Services often occurred in poor conditions, sometimes in appalling ones. Two locations were served by a former refrigerated meat lorry! It should have been condemned years before.  On bad days a faint aroma of butcher’s shop would waft in the nostrils. Those communities deserved far better, and I vowed to myself that if nothing else I would achieve the replacement of the so-called trailer library. Happily I was able to do so. In fact I managed to improve provision in almost all my locations, including three new builds and several major refurbishments, all in deprived areas, before the turning of the political and financial tide. 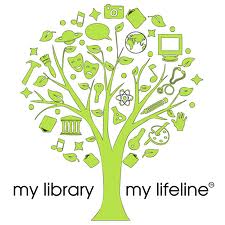 When I revisit the places I used to work I see the innovations and privations. Automation means fewer library staff on the ‘shop floor’, albeit those that remain are more mobile and flexible to respond to the public. Reductions in purchase funds can mean that all the catalogue offers is a link to A**z*n, while downloading, streaming and on-demand viewing has effectively done away with music collections and left little demand for DVDs. In this area over half the branches have been ‘managed out’ to community groups, eroding quality standards and exposing services to an even more uncertain future.

But what strikes me most are the things that do not change: elderly (mainly) men reading newspapers or chatting quietly together; hard-pressed people trawling internet sites for jobs, accommodation, affordable necessities; other people, often women, tucked quietly in a comfy corner on their own, reading intently; students of many countries and backgrounds using the relative quiet of the library as their place of study. (Frank Zappa reputedly said ‘If you want to get laid go to college. If you want to learn go to the library’).

And despite the internet, the on-line suppliers and the e-reading devices, there are people browsing the shelves, twisting their heads to read book spines, pulling books out and putting them back, searching for their next novel, their next history, crime thriller or biography, relishing the time and the opportunity to search through and handle real books, and knowing they can borrow them for free.

Above all I see the families with young children coming to instil or feed the love of books and reading. ‘Yay – the library!’ as one small boy put it on arrival.

All together now, while we still can – ‘Yay – the library’!